I cannot claim I was surprised when I heard the municipal and provincial governments plan to continue to increase the homeless population in Abbotsford; a goal they have been very successful at achieving over the last decade in Abbotsford.

To abandon our current recycling approach and commit to focusing our resources – our limited resources – on services, supports and programs that have demonstrated their ability to achieve an effective and useful level of recovery sufficient to reduce the number of homeless on the streets. I am not sure how bad things must get before Abbotsford City Hall and the Provincial Government will be forced to make the tough, unpleasant decisions now required [as a consequence of our failure to act] based on thinking through the consequences of their actions, knowledge and the evidence of outcomes achieved by other jurisdictions in making different choices.

We cannot solve our problems with the same thinking we used when we created them.        Albert Einstein

The City of Abbotsford continues to bull through with its ill conceived hiring of a homeless guru [scapegoat]. A $100,000 that could be used to provide housing subsidies and/or support to keep difficult individuals housed contributing to the resources need to allow the homeless to transition off the streets and find recovery.

It is said that the Province of BC and City of Abbotsford are planning to open two new shelters [new shelter beds] in Abbotsford.

I am not opposed to new shelter space and shelter beds ……….. in a world of unlimited resources available to address homelessness or where the provincial government has committed to a new ongoing, long term funding stream sufficient to provide the services, supports and programs that have been demonstrated elsewhere to achieve recovery and reduce the number of homeless.

Given the limited, constrained financial state of the Province of BC, ever dollar spent on providing shelter spaces and beds is a dollar that is not, cannot, be spent on recovery and homeless reduction.

In opening 2 new shelters [or new beds at the existing shelter location] Abbotsford and the provincial government are choosing to continue the actions and behaviours that have steadily increased the number of homeless in Abbotsford and BC.

In addition to their emergency beds/spaces for extreme weather, they have been adding permanent year round shelter beds every year over recent years. Every year because the number of homeless rises every year.

Not very smart but then:

Only two things are infinite, the universe and human stupidity, and I’m not sure about the former.     Albert Einstein

A vicious cycle that prevents spending sufficient funds on services, supports and programs that will reduce the number of homeless and results in year to year increases of the homeless population until……….

………….? at what point do things get bad enough that we are desperate enough to stop doing what we have always done and commit to pursuing recovery and a reduction in the number of homeless?

Insanity: doing the same thing over and over again and expecting different results.     Albert Einstein

Simple, straightforward mathematics and simple, straight forward finances tell us that unless we are prepared to make a large, yearly, ongoing investment of NEW funding to provide the services, supports and programs to achieve a level of long term recovery sufficient to begin to reduce the number of homeless, Either

We make the tough, uncomfortable, unpleasant decisions needed to allow us to fund recovery services, supports and programs sufficient to ensure e > Hn and reduce the number of homeless;

We get buried under the rising tide of homelessness.

Harsh? Yes, but then: 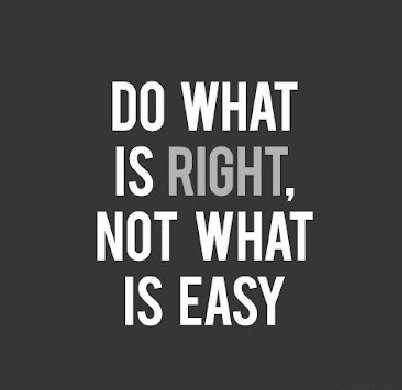