To a creatively maladjusted individual the degree of illiteracy with the financial reality facing the BC government demonstrated by Hamish Telford in his guest column on what the Liberals did wrong during the election was disheartening and disturbing.

“With our economic house back in order” 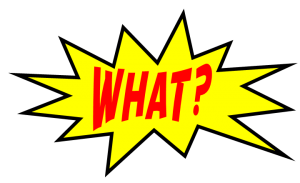 $67,000,000,000.00 – 67 Billion dollars of debt; increasing borrowing costs – despite a AAA credit rating and what is expected to be one of the strongest provincial economies; planned increases in debt for education, health and roadway capital spending – which as borrowing for capital,not operational, expenditures will not – hopefully  – trigger a downgrading of BC’s credit rating with its increase in interest rates and significant increase in debt servicing costs.

Even if the new borrowing does not result in BC’s credit being downgraded, it will add to debt servicing [interest] costs. Since the BC government’s revenue increases fail to keep up with increased costs for the services voters demand, the extra interest costs will further reduce the resources the government can purchase to provide the demanded services.

……. It is mind boggling that  Mr. Telford believes “our economic house [is] back in order”?

It is that rose coloured view that would lead one to see “a favourable political landscape” for the Liberals in this election.

The gulf between the services people demand from government and what they are willing to pay for the services they demand; between what is believed about government finances and the financial reality facing governments; between people’s beliefs and what they ‘know’ versus Reality; the fact that the Liberal government has had to live within its means [limit spending to its revenue] for the past three years would seem to me to present a less than favourable political landscape for the Liberals facing the pie-in-the-sky promises of the NDP.

“In contrast to John Horgan’s message to make life more affordable and improve government services in this time of economic prosperity.”

What Mr. Horgan and the NDP clearly demonstrated in promising large iservices increases [and the large increases in government spending to pay for those increases] was their failure to perceive and understand the financial realities facing the government of BC.

Since affordability and an increase in government services are issues, it is clear Mr. Telford needs to speak with Reality and convince Reality to change to be in line with Mr. Telford’s “economic house back in order” and “time of economic prosperity” view of matters and not remain what BC’s current financial Reality IS.

That the Liberals were not promising large increases in spending is hardly surprising In light of the Liberal’s experience of dealing with the BC government’s financial realities over the past three years and the need to deal with that financial reality if re-elected.

“BC has been leading the country in economic growth….”

With politics having become a matter of of appearance, of style over substance, one would have thought Mr. Telford, as a political scientist, would be aware of the need to determine the actual underlying reality of statements made by governments and politicians rather than accepting what those statements imply or seem to say is Reality.

Boiling down Mr. Telford’s wish list to its essence, what Mr. Telford wants is a finance minister who is either 1. totally irresponsible, borrowing and spending whatever people demand while ignoring the high costs and negative consequences of that behaviour or 2. capable of capturing Rumplestiltskin, locking him in the Legislature basement and forcing him to spin straw into gold – a fairy tale to go with Mr. Telford’s “economic house back in order” and “time of economic prosperity”. 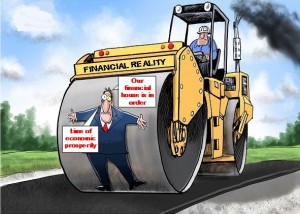 From the Abbotsford News

What went wrong with the BC Liberals?
Hamish Telford

This election was Christy Clark’s to lose, and she just about blew it despite a favourable political landscape.

For the past 70 years as long as the centre-right coalition has been united in a single party it has always won the election. The NOP has only ever won before when the centre-right was fractured.

This time the centre-right Liberal Pany appeared united, while the centre-left was fractured between the NDP and the Greens yet Christy Clark is just barely hanging on to power

What went wrong for Christy Clark? In short, she fractured her own coalition. while John Horgan and Andrew Wenner ran very effective campaigns and scooped up many liberal-minded voters who previously voted for the Liberal Party Christy.

Clark campaigned on the familiar themes of cutting taxes, controlling government spending, and creating jobs It was the same man. that she used in 2013 to good effect.

But it made mom sense in 2013, when the province was coming out of a terrible recession. And of course she sold us on the dream of everlasting prosperity from LNG last time

The message didn’t resonate this time because the economic context is very different now. BC has been leading the country in economic growth for the last few years. as Christy Clark kept telling us

With our economic house back in order, more liberal-minded voters believe that the government should now attend to matters that we have been neglecting since the recession hit nearly a decade ago.

The Liberal government seemed to think so as well in its February budget, which put more money into health care, children and families, and education (albeit after being forced by the Supreme Court of Canada).

But for mysterious reasons. Christy Clark did not campaign on her recent budget. She reverted to form and campaigned on low taxes and controlling government spending.

In 2013, the Liberals had to worry about the BC Conservative Pany on their right flank. so the message of low taxes and spending was critically important. But the Conservatives were never a factor in this election.

Christy lark’s message sounded especially off key in the lower mainland. especially after running government for four years that was hostile to the greater Vancouver area.

She saddled the mayors with solving the region’s public transportation problems then handcuffed them by requiring them to subject any financing proposals to a referendum.

She dismissed the Vancouver School Board entirely. while in Surrey thousands of kids are housed every day in school portables

After ignoring the problem of house prices the Liberal govemment introduced contradictory policies – a 15 percent foreign buyers tax. intended to dampen demand followed by a home buyer’s program that he hod the effect of stimulating demand and escalating condo prices.

And when she donned her Captain BC hat to fight Donald Trump’s new duty on softwood lumber, she all but confirmed in the minds of urban voters that she did not appreciate their concerns

If Christy Clark has any hope of winning the next election – which is likely to come sooner rather than later -she will have to rebuild her political coalition. And she can start on that now as she constructs her new cabinet.

It would help to have a transportation minister who is genuinely concerned about public transit, rather than fretting about left-lane-hogs on the province’s highways

It would help to have an education minister who wants to work with teacher; and school boards rather than against them.

If she does not take steps to win back her more liberal-minded supporters the Liberal Party risks losing them in perpetuity.

Hamish Telford is political scientist at the University of the Fraser Valley.