”Why is the hard-headed Clark suddenly morphing into a soft-hearted mushball?”

As is the case with the majority of widely held public beliefs, especially the beliefs/myths we base the governance of Canada on, the myth is untrue. 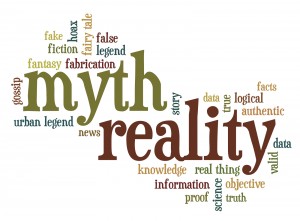 Media’s actions demonstrate the media is about the bottom line, not about informing the public, and if the public is misinformed or mislead………c’est la vie..

Being creatively maladjusted strips away one’s illusions about media’s purpose and priorities, and about Province political pundit Michael Smyth’s job being anything other than maximizing the advertising revenue of the newspaper that employs him.

Without the blindspots imposed by false belief(s) the media’s political coverage highlights media posturing, the obvious questions left unasked, the gap between information needed for informed decisions and the limited, skewed information provided and how relying on media to inform misleads and misinforms the public.

While the Province column posing the question was media standard content, it may have set a new low for media political coverage vis-a-vis the pot calling the kettle sooty bottom.

Given the column’s need to serve what media management considers to be the best interest of the bottom line it was expected Mr. Smyth would pander to the public’s beliefs and perceptions while avoiding challenging  readers to think beyond rearranging their existing prejudices

Particularly when the most accurate answer to the question is the media itself, the nature of the media business and the public’s false expectations about the media.

Still, if one is casting aspersions about changes from policies and statements during the recent election campaign, one”s pandering should be based on reality not a false perception nurtured in the public mind by media pandering.

“….an incredible concession from a government that cruelly clawed back disabled people’s bus passes last year, refusing to budge even when poor people in wheelchairs protested at the legislature.”

The statement may reflect the perception imbedded into the public mind by the media but it does not reflect Reality.

The Reality was and remains: nothing was ‘clawed back.

Surviving on disability requires financial discipline, awareness and planning as housing costs in the lower mainland mean disability covers only rent and insurance, nothing more

Prior to the change the majority of those on disability in BC did not receive the bus pass or the transportation allowance.

Giving everyone on disability in BC an extra $77 a month – to spend as they saw fit – ended the unfairness of a minority on disability receiving more $$$ than the majority.

Using the $77 increase for a bus passes or transportation still put a few [admittedly very few]  extra dollars in the pockets of those who had received a bus pass or the transportation allowance.

This unsexy reality was ignored by the media’s edacious appetite for serving the bottom line, as was the irony that myself and the others receiving the transportation allowance ended up with fewer extra dollars in our pockets than those screaming so loudly about their bus pass benefit.

The media is a business, not a public service. As such the media has every right to focus on and pursue the bottom line; to employ spin, hyperbole; misinformation and to ignore reality…….

The concentration of media ownership causes pursuit of the bottom line to affect public perception in a manner and to an extent that creates misperceptions, misinformation and fails the “screaming ‘Fire’ in a crowded theatre when there is no fire” test.

Worse, the interaction of public myth about media and the actual effects of media’s pursuit of the bottom line creates the perception there are no small fires and/or diverts attention from small fires – allowing the small fires to become an all consuming conflagration.