Mr. Horgan’s attempt to sell “We can either delay that decision and create uncertainty and instability over the next 12 months … or we can do what I believe is always the right thing and ask British Columbians what they think.” as rationalization and justification for calling a provincial election one year earlier than scheduled foundered on the fact that calling an election for October 24, 2020 was clearly and indisputably an attempt to shanghai a majority government not through good governance but by having their actions and governance obscured by COVID-19.

The enormous benefit to the ability of the NDP to win a majority government in an election held now and the numerous disadvantages and barriers to the NDP ability to win a majority government if the election is held a year from now as scheduled (October 2021) are so obvious that even political doublespeak cannot misdirect or mislead voters from the reality October 24, 2020 best serves the interests of John Horgan and the NDP.

END_OF_DOCUMENT_TOKEN_TO_BE_REPLACED

Friedman stated that the only cases in recorded history in which the masses have escaped from gruelling poverty “are where they have had capitalism and largely free trade.”

It is a truism often stated by economists and politicians and widely accepted as true by the public. The question is: did the masses escape from gruelling poverty because of capitalism or in spite of it?

END_OF_DOCUMENT_TOKEN_TO_BE_REPLACED

Milton friedman
The Social Responsibility of Business is to Increase its Profits
The New York Times Magazine
September 13, 1970

When I hear businessmen speak eloquently about the “social responsibilities of business in a free-enterprise system,” I am reminded of the wonderful line about the Frenchman who
discovered at the age of 70 that he had been speaking prose all his life. The businessmen believe that they are defending free enterprise when they declaim that business is not concerned “merely” with profit but also with promoting desirable “social” ends; that business has a “social conscience” and takes seriously its responsibilities for providing employment, eliminating discrimination, avoiding pollution and whatever else may be the catchwords of the contemporary crop of reformers. In fact they are–or would be if they or anyone else took them seriously–preaching pure and unadulterated socialism. Businessmen who talk this way
are unwitting puppets of the intellectual forces that have been undermining the basis of a free society these past decades.

END_OF_DOCUMENT_TOKEN_TO_BE_REPLACED 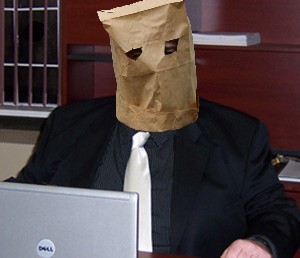 The results of the 2018 municipal election in Abbotsford make it crystal clear that when it comes to progress, dealing with issues instead of paying what ever it costs to ignore issues and change the citizens of Abbotsford make sheep look like foaming at the mouth anarchists.

Are you sure you want to be Leader?

END_OF_DOCUMENT_TOKEN_TO_BE_REPLACED

Life is what happens while you are making plans.

I had planned to attend the Abbotsford rally for Mike de Jong’s BC Liberal leadership race, but a commitment to 5 & 2’s Seniors cold wet weather shelter had me heading to MCC’s materials warehouse to open the shelter rather than the rally.

…….BC Liberals…….does it strike anyone else as dark, twisted humour that in pot smoking, left coast, hippie BC the ‘Liberal’ party is solidly right of center? That before the relatively recent incarnation of the BC Conservatives the Liberals were the right wing party?