One of my two nieces living in St. Johns Newfoundland is on her high school debate team. A team that recently was in Victoria BC for a ……. 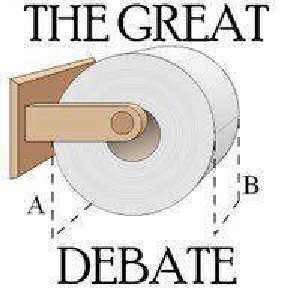 It is a pity that, during elections, we do not demand that if the leaders want to hold a debate they must hold an actual debate, not a political exercise sold under the misnomer of debate. Instead of negotiating the rules with the politicians we use the same rules they do for high school debates.

What a shock to the politicians that would be – to be held to the same standards as Canadian high school students and be required to use facts to make your argument instead of bombast and hyperbola.

What a shock to Canadians and politicians; to have facts and logical argument introduced into elections. Of course it is unlikely that facts, logical argument and rational thought will replace the current decision making process – tell me what I want to hear, don’t confuse me with facts and a need to think – used to choose who will run the government for the next four years.

Unfortunately that would involve change, thought, rational behaviour and the concept of good governance to evaluate parties performance and platforms. Which means we will be sticking to our current dog and pony show method of making decisions and running our governments.

The impossible dream – facts, solid argument and rational thought in choosing and evaluating governments – notwithstanding, my niece’s visit to Victoria did trigger a few other thoughts.

About how much easier it is to speak of the oxymoronic concept of a Newfie debate team than it is to speak of the pride in her being part of a debate team going to Victoria to compete; of the pride in her simply being on the debate team; of the important lesson most never learn – to not fear losing, fear not trying…that if you are going to be good at anything, you are going to have to fail at it to become good at it…that [particularly in high school] those around you are also afraid and unsure…The Three Rules of Success: Go on, Go on, Go on.

There was sadness in thinking how my brother would have enjoyed her being on her school’s debate team and the pride he took in both her and her sister just because they were her and her sister. There was also the thought about getting her father’s ‘Gift of Gab’.

Which brought to mind the fact her grandparents deserve credit too.

With our ‘(s)he who has the most stuff wins’ greed based society it is often not understood, forgotten, ignored or overlooked that the best, the most important gifts we give children are not stuff.

What we say is not the principle way children learn to behave; they learn from how we behave and they pass that same learned behaviour on to their children. It is your actions and behaviour that is the primary factor in teaching your children, not your words.

But I remember the pleasure the books [Hardy Boys, Tom Swift] I received gave me and that my brother and sister [Nancy Drew} got books as well.

Those books taught us about sharing. If I shared my books, I got to read 3 times as many books as I would if I was selfish and didn’t share.

Still, the books were not the true gift my parents gave all of us.

What we gift our children, family and those around d us – Good or Bad – is seldom what we think.

Reading was a gift of time and a deeply taught ‘Do as I Do’ lesson.

I know at one time I couldn’t read but I have no memories of being unable to read or of learning to read. Reading is simply a part of my life.

My only real memory about learning to read is my father coming home with a record with the alphabet song on it [is the song the reason the alphabet is in the order it is?] among other things to teach children the alphabet. A record my parents no doubt played and heard more than they ever wanted to.

My father was the general manager of Varian’s Canadian manufacture plant and so I would see him read management and business books. My father loved to play bridge and poker and was always reading a book to improve his play. I grew up knowing that reading wasn’t just about work but about fun stuff; that reading let you learn stuff you wanted to know, not just the stuff you had to know.

Reading set curiosity loose in my life because if I wondered about something I could find out by reading up on the subject.

I cannot remember the last day I didn’t read or write something.

I wish I had understood what a precious gift my parents had given me in reading in time to thank them.

So as the Season of Greed rises to it Crescendo on Christmas Day, only to rise into an overwhelming Tsunami of Greed Boxing Day and Boxing week….