Wherein the Universe launches its’ latest assault upon The James, seeking to silence another polymath dedicated to disciplined non-conformity and creative maladjustment.

The assault began with a deceptively simple knock on the door which opened to revealed a layer’s minion who served the papers for a civil lawsuit.

Webster & Associates allege that during the November 2014 municipal election campaign an Elect James W. Breckenridge sign 20 inches tall and 24 inches wide impaired the vision of both a driver and a pedestrian at the intersection of Old Yale Road and Maclure Road causing them to collide.

I had not realized that any Lilliputians lived in Abbotsford, and what are the odds that 2 members of what must be a small community would be at the intersection of Old Yale and Maclure during the municipal election, at the same time and have my 20 inch high election sign impair their view, causing them to collide.

It turns out that legal aide does not handle this type of matter and that, while you can get a 30 minute no cost consultation with a pro bono lawyer it is not an appointment that happens speedily..But the 21 days DEADline for filing a response holds whether or not you have legal representation.

The necessary Forms are available online so the forms can be printed off, filled out and filed by those to poor to afford legal representation.

So you can get what passes for justice in Canada as long as you have money to buy it. Otherwise you get to face lawyers on their home court, with their referees and using rules they wrote.

Thursday I head into Vancouver because you are required to use the registry the original claim was filled at. But I cannot find my desired destination, a problem it seems a lot of people are having with the new google maps – it shows you the way, just not the way to the destination you wanted.

So I turn to head back to Abbotsford to hit the library and consult actual, paper maps to map out my route so in the morning I can return and file the documents and serve the appropriately stamped response on the lawyer involved.

My car hiccups but seems to recover, only to die a few minutes later, leaving me stranded in the pouring rain on a strange dark street in Vancouver.

My car is dead, I am standing with the driver’s door open struggling to push the car to the curb and the drivers of the other cars are sitting there honking their horns, But not one got out to help push. Fortunately someone who had just pulled into his house came over and helped push it to the curb ….. just a foot or two on the right side of the No Stopping sign and tells me the car should be okay for a day or two. He also called a towing company but at $250 – $300 a tow to Abbotsford was not an option.

I am standing there staring disaster in the face, facing a most un-merry Christmas and a depressing start to the New Year, struggling to not lose control to a monster of a panic attack and wanting to hold a major Pity Party for myself.

A little pacing, a couple of periods of taking shelter in my car when another downpour hits and it looks like I will be spending the night in my car, then will have to make it down to the Court Registry to file the papers then do something [I have no idea what] about the car.

Normally the fact all my disability income goes to cover shelter costs so I cannot afford luxuries such as food or a phone does not bother me. I have not missed not having television in the 3 – 4 years since I could afford it. It is the internet and the access to news and information the internet makes available that I miss.

Except in situations like I found myself, where a phone would be a lifeline.

The stress and threat of panic have me pumped with to much adrenaline to go to sleep, even if it was not so early in the evening. And sitting in my car, in my own mind without adult supervision is such a daunting prospect it sends me fleeing to escape the thoughts threatening a panic attack or a pity party carrying the distinct possibility of opening up Ye Olde Pit of Despair.

Stepping out of the car I face the first major hurdle Left? Right? Forward? Backward?

Well I am supposed to be moving forward so forward it is. I grab the bag out of the trunk, open the umbrella and stroll off in the forward direction. A stroll that turns into a more and more painful hobble as I am assailed by doubts about the wisdom of my direction of travel choice.

Before the rising crescendo of self doubt turns me around, I notice things look strangely familiar and realize I recognize my location. The hotel the Mental health Commission of Canada’s learning opportunity on housing first and the outcomes experience by the federal governments 5 year research study on the Housing First Action Plan approach to homelessness. Which means Metro town is that away. 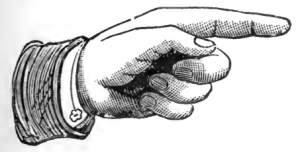 So I turn and hobble off in the direction of Metrotown.

The reason my car is such a lifeline to me is that my mobility is limited. As I have travelled along my back, knees and hip have slowly increased the level of pain I am experiencing until my only physical awareness is pain. So I have no warning when my bad knee dumps me to the ground and I roll onto the road, leaving me scrambling to get back on the side walk before the traffic light turns green and I get hit by a car.

.
I get back to my feet and what else can I do but keep heading to Metrotown? I arrive there as the Mall is closing and head to the 24 hour Macdonalds.

I do not know why I put the bag in my car but because I did I arrive at Macdonalds with my Tab 3. Macdonalds = Wifi + Tab 3 = internet access.

As I sit there shaking and sweating bullets struggling to center and calm I am looking at the Tab 3 wondering OK. Now what? 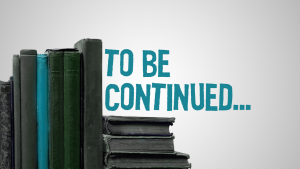