Having an open mind does not mean your brain will leak out.

But an open mind does mean that new ideas and information can get in. A fate that apparently terrifies many, including it would seem Abbotsford’s mayor and council, to the point their seal their minds shut. For this group changing their minds involves a rearranging of their prejudices and the myths they operate under.

Henry Ford observed “Thinking is the hardest work there is, which is probably the reason why so few engage in it” while Jung noted “Thinking is difficult, that’s why most people judge.”

Add it all up and you are left with thoughtless decisions, policies, actions and behaviours based on fiction not fact. 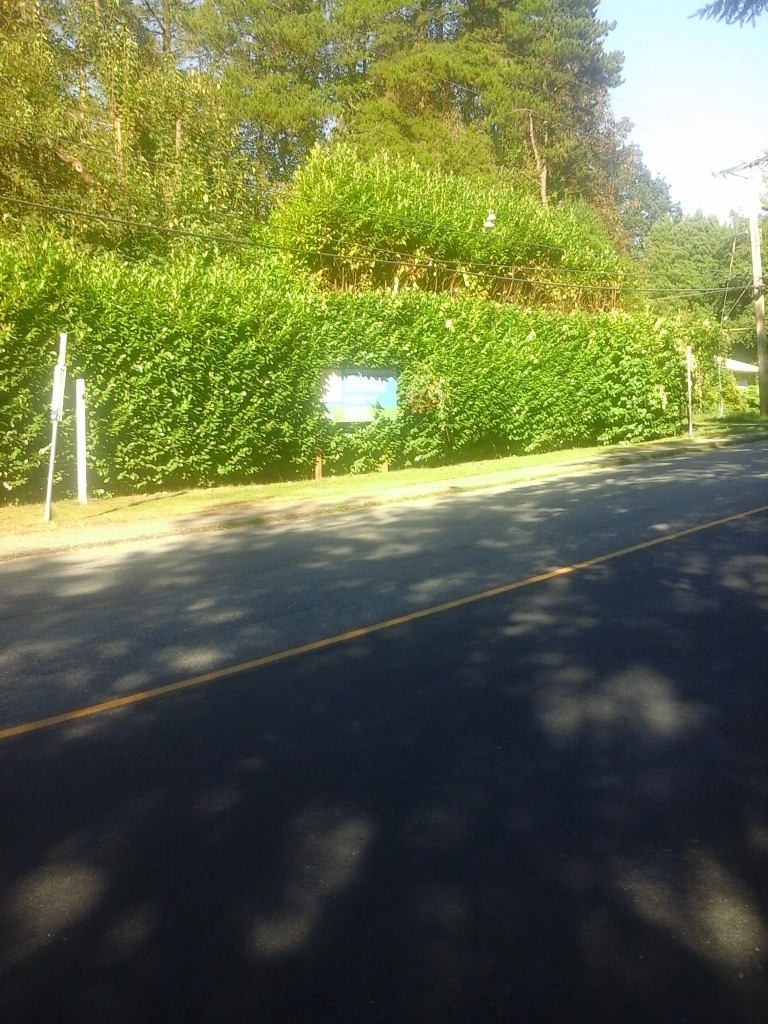 Looks like your typical bus stop with signs front and back between which the bus stops, right?

Change your point of view and you are looking at at unique bus stop. A third bus stop sign has appeared on the other side of the driveway from where the bus actually stops. 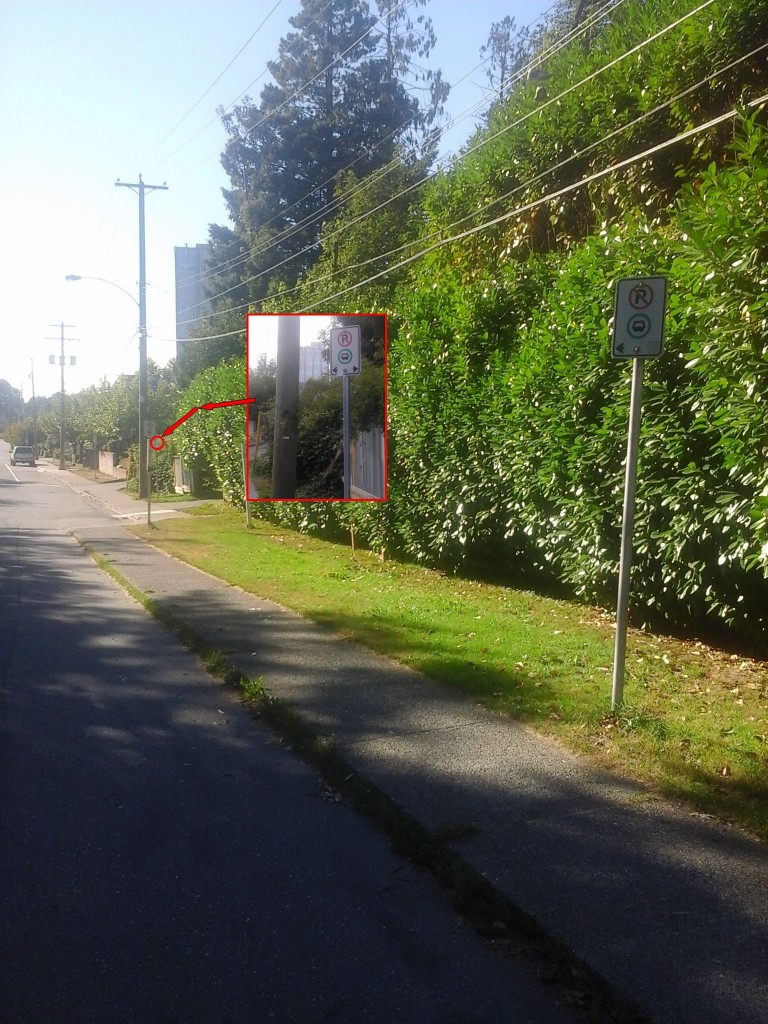 Given that the bus stops between the signs in the first picture it would appear the only purpose for the bus sign located where the bus has never stopped is to allow the City of Abbotsford to hand out tickets for “parking in a bus zone.

While a lack of financial prudence has Abbotsford short of cash it is seems most likely the purpose of the third bus stop sign added to this bus stop is to allow the city to prevent the use of the two parking spaces that had been used for years – prior to the unneeded and unused expansion of the bus stop. Parking that was, prior to the unique extension of the bus stop, handy for those with limited or challenged mobility.

Most likely to deny parking because of the sudden appearance of additional ‘No Parking’ signs along the opposite side of Gladys Avenue. 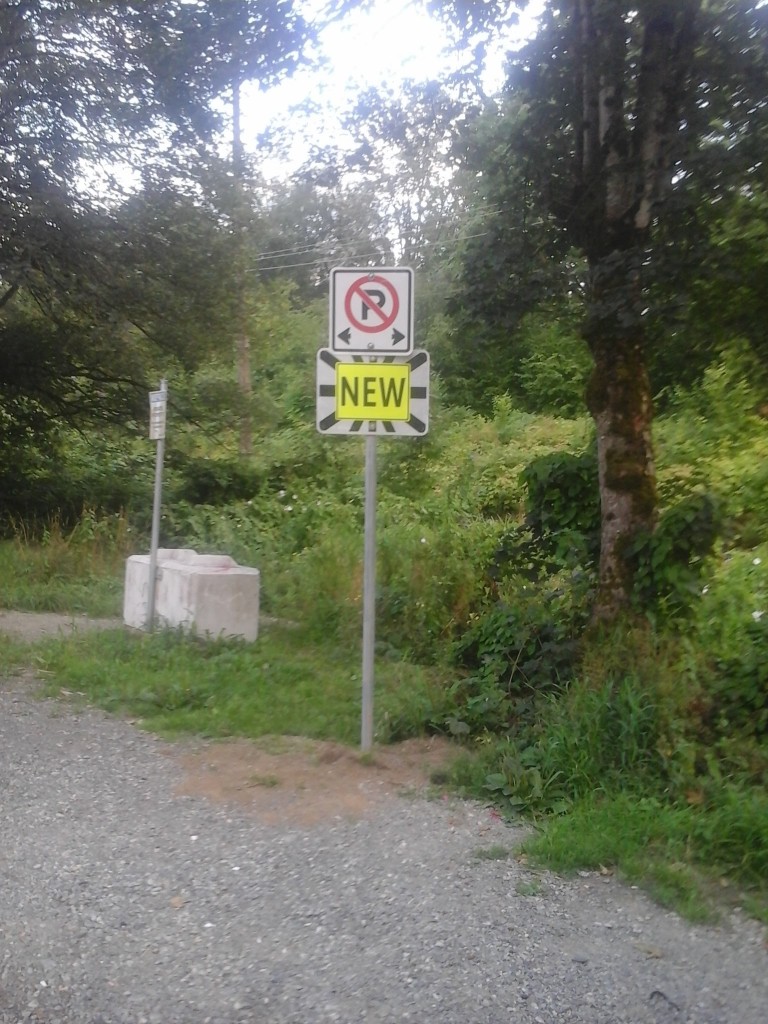 At least whoever put up the additional ‘No Parking’ signs had the courtesy and common sense to attach the flashy, attention getting ‘NEW’ signs.

As opposed to the bus stop change where people using canes or walkers return to their vehicle after lunch or getting groceries at the Salvation Army, to the unpleasant surprise of a ticket for parking ‘in a bus stop’ in a spot they have been parking for years.

Given the financial realities of those living in poverty in Abbotsford these tickets come with the masterful, only in Abbotsford irony that either paying the ticket or losing the use of their vehicle if they don’t pay the ticket has a significant probability of pushing those who receive one of the Abbotsford – Surprise! – tickets into homelessness. 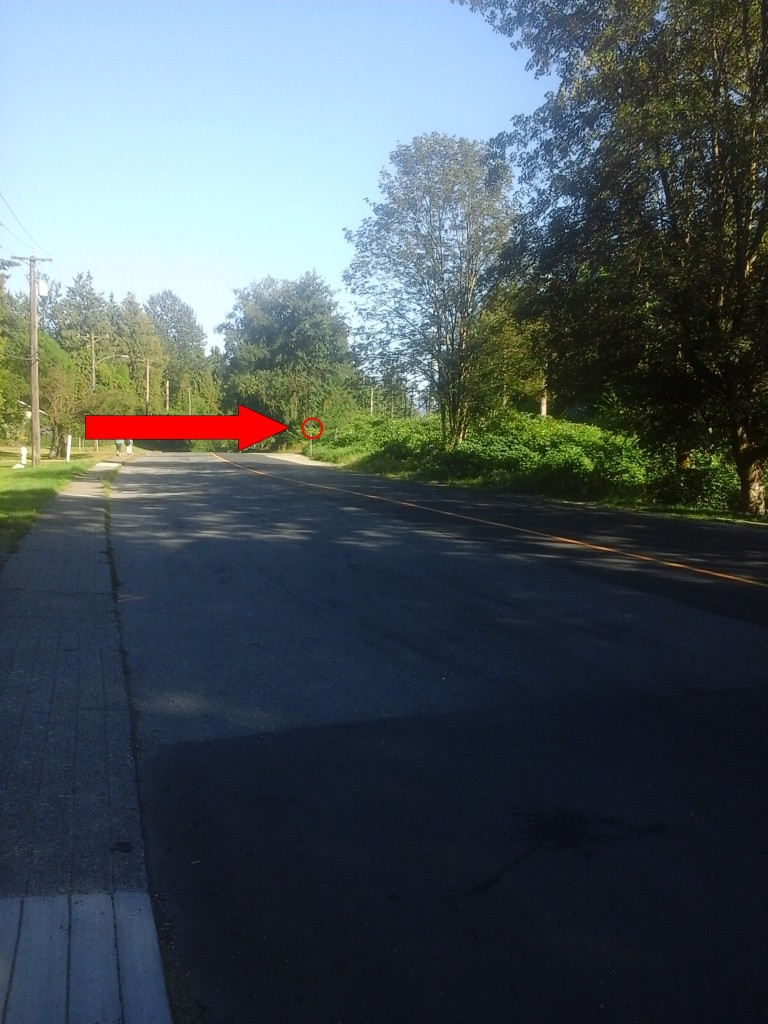 At lunch time there use to be a long line of cars parked where the new ‘No Parking’ signs have appeared. The vehicles of those seeking groceries and/or a meal to survive and hopefully relieve hunger; many of them seniors or those with limited mobility who are going to find the long walk imposed by the city’s new ‘No Parking’ signs a barrier to accessing lunch and other food resources at the Salvation Army.

The parking spaces in the other direction are filled by the employees of the Pacific Regional office of Corrections Service Canada who park on the street to avoid paying impark for parking in the lot of their office building. Since these employees arrive well before lunch, leave well after lunch and the City of Abbotsford does not enforce its 2 hour parking time limit……. Those arriving shortly before noon hour find these spaces for street parking already full.

Whether the bus stop and new No Parking are an expansion of council’s war on the homeless, adding seniors, families and the disabled living in poverty to those council seeks to drive out of Abbotsford or the new signs are the result of thoughtlessness as the city focuses on what is convenient for Abbotsford and its politicians….. doesn’t really matter because the effect is the same – making life harder for those who lack the money or connections required for council to consider the consequences of their actions on those other than themselves. 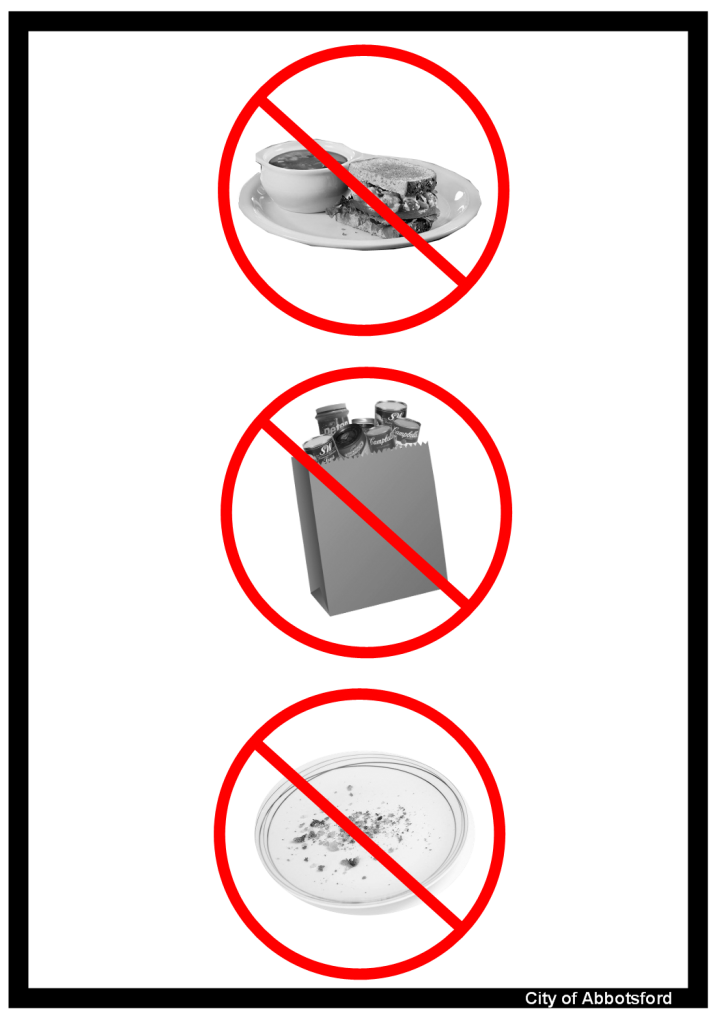