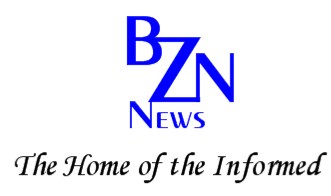 Scientists announced today that a review of the mass of data collected on the functioning of the human brain in recent years has revealed the existence of individuals who, when interacted with, result in a reduction of brain activity in anyone interacting with these individuals.

Follow up studies found that prolonged exposure to these individuals can reduce another individual’s brain activity to the point that the affected individual becomes a ‘node of dumb’ with whom interaction results in reduced brain activity..

Scientists stressed this was preliminary data and further study is needed to confirm these findings and determine the rate at which ‘nodes of dumb’ are created,

Scientists noted that conversion to a ‘dumb node’ was not usually a fast process and therefore a Zombie [Dumbie?] Apocalypse is not upon us.

Scientists reiterated that the data is preliminary and that further research and study is needed before any definite conclusions can be drawn.

Scientists did suggest that governments, as a precautionary measure, may wish to encourage reading , problem solving, thinking and other activities that use and stimulate the brain since the preliminary data suggests that activities that significantly increased brain activity act as immunization against the ‘dumb node’ effect.

Scientists also suggested that the public may wish to undertake a program of thinking that would exercise their brains, thereby increasing brain activity and protecting them from the effects that exposure to ‘dumb nodes‘ would have on their unprotected brains.

Scientists went on to suggest that while people people did not have to totally give up the Idiot Box [television] it would be advisable to shift some time from television watching to reading, researching and developing and developing one’s curiosity.

Scientists anoted that changes in how one watched television could stimulate the brain. As an example Media news reporting was cited where viewers would analyse the reports for the questions that were not asked, for missing and/or misleading information and for factual errors. Viewers could then compare their assessment of the circumstances with how the circumstances were portrayed/presented by the Media.