Reading that line put the Mission Impossible theme song in my head, as well as images of the Secretary [or Liberal leadership candidates] disavowing knowledge for reasons of political convenience and correctness.

Personally I found the throne speech a rather inventive, borderline profound, piece of satire and an astute political commentary on the campaign, election results and the state of government and governance in BC.

I do not know if learned satiric commentary was Clark’s intention or if Clark was aiming for the easier target – mockery. 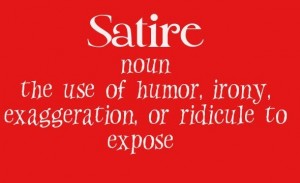 I am not sure it really matters what her goal was, she produced a biting political burlesque.

In addition, the reaction of the Media evoked by the ‘clone speech’ provided a dexterous commentary on the Media and the Media’s effect on the content and conduct of the election, elections and politics.

‘…while predicting that British Columbia’s economy will fall into disrepair under a NDP government,”

But no amount of disavowal or denial will change the Reality responsible for that ill-willed unpopularity.

The rate of decline and the depth of disrepair may be worsened by a NDP government but the British Columbia economy was already in a state of disrepair when the NDP formed the government.

The changes in the fundamentals of the economy, society and the world pushed the BC economy into a state of disrepair [the condition of needing repair (repair: to restore to a good or sound condition after decay; to restore or renew, strengthening)] during the Liberal Party’s recent term in government.

While the financial discipline, the balanced operating budget, of the Liberals served to keep the rate of economic decay/decline slow, the failure of the Liberal Party to recognize, change and adjust to the fundamental economic and other changes that have occurred meant that, while the Liberals could slow the decline, they could not repair or restore the BC economy to health and vitality.

None of those seeking the leadership of the Liberal Party have shown they recognize the fundamental change in the economy much less addressed the need to change the Liberal Party policies and ideology to bring them into harmony with the new economic reality and changes in the world BC dwells, operates and competes in.

And the membership of the Liberal Party is probably no more willing to hear or face and deal with the changes than the public. In other words: not at all.  A fact testified to by Bill Bennett’s anti de Jong tirade were Mr. Bennett asserted that surplus funds should have been spent in an attempt to buy political popularity and an election victory, rather than the financially wise and responsible debt reduction. Given the fact that debt reduction will ultimately be far more beneficial to addressing social issues than throwing the funds around to buy political popularity, Mr. Bennett’s financial policies have a degree of irresponsibility more compatible with the behaviour of the NDP.

All of which makes it highly probable that any candidate who dares to tell the Liberal Party members what they don’t want to hear will be ostracised, while those who tell the membership what it wants to hear will be rewarded with votes

Yet without the recognition of the need to change, willingness to change and the ability to change the new Liberal leader will find themselves in the same limping, lame duck position as Christy Clark.

How deliciously ironic that, should the new Liberal leader fail to, or be unable to, adjust Liberal policy and ideology to reflect the economic shift…….the new leader’s fate will be to be ‘as useless as Clark’.

Should the Liberals refuse to change and the NDP continue ignoring, or failing to recognize the fundamental changes in economic reality of BC, future BC governments will be ineffective in managing the economy.

Leaving the financial well being of most British Columbian’s continuing to decay.

The truly masterful dark irony is that, should the deterioration continue, an election or two down the road Clark’s time as BC’s premier could well become ‘the good old days’.