The words uttered by Andrew Wilkinson, the Oxford educated lawyer and MLA for wealthy Vancouver Quadra who was selected the new leader of the BC Liberal party, make it clear the focus of the Liberal party is on playing politics and winning elections, NOT on statesmanship, governance or the present and future prosperity of BC citizens.

With the Liberals focusing on playing politics and winning elections, and given the high probability the NDP and their Green sycophants will continue to fail to grasp the current economic reality of BC, we are headed to a future in which BC citizens fondly reminisce about ‘the good old days’ when Christy Clark’s was premier.

As the new Liberal leader Mr. Wilkerson pledged to fracture the power-sharing relationship between[NDP Leader] Horgan and Green leader Andrew Weaver stating “Our job is to drive the wedge between them and make sure they are more and more uncomfortable with each other and get ready for an election,” 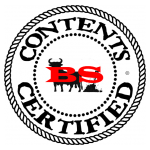 One would have hoped that Mr. Wilkinson or Liberal MLAs or the BC Liberal party itself would have considered an understanding of civics and governance necessary knowledge for the leader of a political party. At the very least one would expect that being a lawyer would have given Mr. Wilkinson a passing acquaintance with the civics of government.

I suggest that Mr. Wilkinson and all the rest of the MLAs [Liberal, NDP and Green] read Dale Smith’s 20-17 book ‘The Unbroken Machine: Canada’s Democracy in Action’.

Although it specifically deals with the federal government it is an excellent lesson in civics. In fact anyone who wants to effectively vote in their own intermediate and long term best interests should read the book.

Reading ‘The Unbroken Machine: Canada’s Democracy in Action’ makes it clear that it is not the job of Liberal MLAs to cause an early election to benefit the BC Liberal party.

As the official opposition the job of Mr. Wilkinson and other Liberal MLAs, their duty of care, is to look after the best interests of the citizens of BC, even those who did not vote for the Liberal party.

If Mr. Wilkinson and the Liberals feel the need to score political points they should do so in a manner that serves the best interests of the citizens of BC – by raising the issues they chose as the government to avoid facing or dealing with, the issues the Liberals chose to apply band-aids and paper over, the issues voters did not want to hear about much less deal with.

The same issues all the candidates for the position of Liberal leader, the Liberal party and the Media carefully avoided during the joust to replace Christy Clark. Of course the silence could be a result of having no clue or inkling of an idea as to how to effectively address the issues that are already having a negative impact on the quality of life for many BC citizens and threaten to substantially increase the number of BC citizens it impacts as the consequences of avoiding dealing with the issues continue to erode the quality of life of BC citizens.

These issues have demonstrated that, not only are they not going to miraculously disappear, the issues, and their resulting negative consequences, if not effectively addressed will continue increasing.

The continued growth of the issues means at some point BC will be forced to deal with the issues and bear the full brunt of the negative consequences.

Whether it is 1, 3 or 5 years from now the citizens and government of BC are going to have to deal with the issues that they have been avoiding, bandaging and/or papering over for so many years.

No level of denial or depth of burying their heads in the sand will change the inevitability of being forced by the costs and consequences to deal with the issues and associated imbroglio the Liberals helped create.

If the Liberal leader and his party can overcome their fixation with the results of the 2017 provincial election, winning/being the government and they are creative and Machiavellian enough they do have a choice as to when and who is immediately in front of the fan when IT hits the fan.

Raise the issues in the proper manner while the NDP/Green form the government and turn the issues from a tsunami hanging over the government, politicians and citizens to an albatross around the neck of the NDP and Green parties.

If you are Machiavellian enough you can hang the future costs and pain of paying for both our excesses and the cost of avoiding difficult and uncomfortable issues. 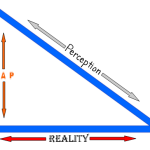 Or you can continue to stagger along until the gulf between our behaviour – our illusionary/delusory world – and Reality grows wide enough to bring Reality crashing down on us.