The May 30, 2018 Abbotsford News editorial  “New Weapons Needed” about the continuing death toll taken by fentanyl brought to mind the words “makes clear the writer is part of the conforming majority, complacently adjusted to accepting what society believes – knows for sure – about drug use and related issues.

The problem…….is that what is accepted as known for sure is wrong.

The bold words are taken verbatim from a commentary on the October 31, 2017 Abbotsford News editorial on drug overdose deaths.

The May 30, 2018 editorial remains as mired as the October 31, 2017 editorial was in the same thinking that created the problem, thinking bound by what is acceptable, what is unacceptable  and what everyone knows for sure, ignoring that what is ‘known for sure’ has been demonstrated by decades of outcomes and research to be wrong.

The same words were used verbatim to highlight the fact that nothing has, or will change vis-à-vis drug overdose deaths until we change the way we think on/about the matter.

The problem with conforming to normal [acceptable] thinking is that it imposes severe limits on thoughts, ideas and creativity; the past is the future [that is the way we do it]; issues/problems become insoluble dilemmas because the true issue is not perceived and/or the problem is incorrectly defined and/or the actions to effectively address the matter lie outside what are acceptable actions. 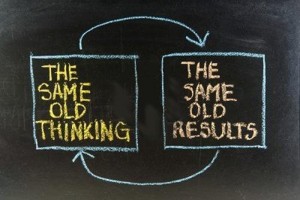 It is this human behaviour that led Dr. Martin Luther King jr.to state “The saving of our world from pending doom will come, not of the complacent adjustment of the conforming majority, but of the creative maladjustment of a nonconforming minority.”

Being creatively maladjusted allows you to see problems from all angles look for new creative solutions to old issues, regardless of seeming impossibilities and past failures.

“Is it finally time to decriminalize simple possession of all drugs [not trafficking, production and the like] and treat addiction as the health crisis it is? We need to try something new.” Abbotsford News Editorial May 30, 2018

If I suggested we deal with broken legs by making it illegal to break your leg, that if someone broke their leg we arrest them, charge them, send them to jail and not treat the broken leg you would say that was not the brightest of ideas.

Close to a century of outcomes and other evidence demonstrating that addressing addiction with the legal system is totally ineffective and the News has to ask “Is it finally time to……. treat addiction as the health crisis it is?”

If treating a health issue as a health issue is prevented because of what is acceptable and unacceptable to think and how much everybody knows – that isn’t true – why is there any surprise the number of drug overdose deaths has not been reduced.

In particular when the limits imposed by acceptable, unacceptable and what everybody knows [that isn’t true] means that when people think they are thinking, they are merely rearranging their prejudices.

As a creatively maladjusted polymath the first question is why did the drug overdose death rate become unacceptable? The addition of fentanyl to street drugs. Why was adding fentanyl so deadly? There is no quality control over the composition of street drugs.

“Is it finally time to decriminalize simple possession of all drugs [not trafficking, production and the like]………

The only way to reduce drug overdose deaths is to assure the quality – the safety – of the drugs being used.

Until we are willing to ensure the safety of the drugs being used we are only paying lip service to reducing drug deaths, hypocritically wringing our hands and moaning over deaths that result from our actions and inactions. 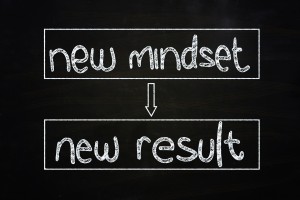 To reduce drug overdose deaths it is New Thinking not new weapons needed.