Three days is plural [nights] not singular [night]. Nights versus night undoubtedly strikes many as being overly picky, as though sloppiness and imprecision in the use of language is inconsequential. 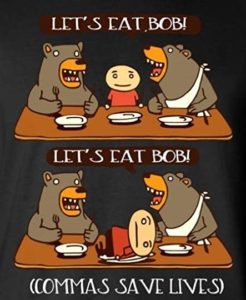 Language is the medium by which humans communicate with other humans and the natures of language and humans make communicating accurately and clearly difficult enough without adding pitfalls from careless language.

Orwell, in his novel 1984, used Newspeak to explore the ability of language to direct thought, to control thought, promote a narrowing of thought and to corrupt thought.

Government, society, the economy, ourselves and the reality we believe exists are all profoundly influenced by, even defined by, the language we use.

The CBC article “More than 7,000 lives lost to toxic drugs in 5 years — and this B.C. health crisis is only getting worse’ refers to “solutions to the overdose crisis”, language that defines overdose deaths as a crisis that began five years ago and continues today.

The fact viewing toxic drug deaths as an ongoing crisis is a ‘reality’ comfortable to politicians, pundits, citizens and Media does not change the fact, as unpalatable as the reality maybe, that the majority of the deaths that have and continue to occur are not the result of a crisis.

Crisis [as defined in the Oxford English Dictionary] is 1) a condition of instability or danger leading to a decisive change; 2) a stage in a sequence of events at which the trend of all future events is determined.

It was a choice, a course of action that makes the continuing death toll from toxic drugs not the result of an ongoing crisis but a consequence of our choice not to address the toxicity of the drug supply.

It is hardly surprising that politicians, pundits, citizens and Media embrace the comfort of viewing the continuing deaths as an ongoing crisis, rather than acknowledging the deaths occur as a result of choices they made five years ago.

Self-delusion is far easier, more palatable and less damning than facing the fact that the rising death toll from the toxic drug supply is a result of the choices and actions of politicians, pundits, citizens and Media.

Labeling the deaths as ‘overdose deaths’ and the result of an ongoing ‘crisis’ or ‘health emergency’ is using language to direct and shape the way we think in order to absolve ourselves of responsibility for the mounting death toll.

While the sophistry inherent in the language choices may support self-delusion and enable denial of responsibility it does not change the fact the BC medical system has been clear that the deaths are a result of the toxicity of the drug supply.

Insomuch as the definition of toxic is acting as or having the effect of a poison, the use of the term overdose [use of an excessive amount] is misleading.

Using ‘poisoning deaths’ or ‘deaths from poison’ would highlight that death is a result of poison [the toxic drugs] and underscore that the only effective way to reduce or eliminate deaths caused by the poison of toxic drugs is to ensure the drugs being used are not poisonously toxic.

Politicians, pundits, citizens and Media have the right to chose, as they did, not to address the poisonous toxicity of the drug supply and thereby choose to allow deaths resulting from the toxic drug supply to continue unabated.

Just don’t expect me to mindlessly believe what they want to believe, drawn to myth where the facts don’t matter or willful denial and self-delusion or false claims of ethics or morality that are not practiced.

John F. Kennedy noted “… the great enemy of the truth is very often not the lie—deliberate, contrived, and dishonest—but the myth—persistent, persuasive, and unrealistic. We subject all facts to a prefabricated set of interpretations. We enjoy the comfort of opinion without the discomfort of thought.”

The language police may be seen as annoying, but as the rising death toll from a toxic drug supply evidences, a lack of care in language can be deadly to more than just the truth or Reality.