The CBC article ”More than 7000 lives lost to toxic drugs in 5 years and this BC health crisis is only getting worse” noted five years have passed since the increased toxicity of the illicit drug supply resulted in a significant increase in drug deaths from illicit drug use that created a crisis in BC.

Five years after the crisis the Minister of Mental Health and Addictions, Sheila Malcomson, announced the BC government will formally request the federal government grant a province wide exemption from the Controlled Drugs and Substances Act.

Five people a day are dying because of the poisonous toxicity of the illicit drug supply and the BC government’s priority is to ensure people’s access to the toxic drugs that are killing them is not interrupted by legal issues. 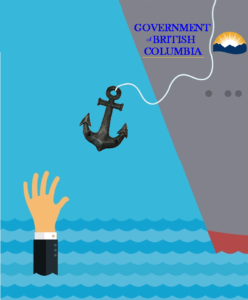 I am not saying decriminalizing the possession of small quantities of illicit drugs for personal use is a bad idea or shouldn’t be done since criminalizing addiction accomplishes nothing but the wasting of resources.

I am saying that making it legal to possess small quantities of drugs for personal use does NOTHING to reduce deaths from toxic drugs.

In fact, preventing any interruption to use by making it legal to possess small quantities of drugs for personal use increases opportunities for users to die from toxic drugs and – all things being equal – will increase overdose death.

However, all things are not equal as Malcomson also announced the province will spend $45 million over the next three years to expand programs that push death from the now into the future. An increase that should spare the government any embarrassment from an increase in deaths from toxic drugs because the government ensured users access to the toxic drugs was not interfered with.

A grasp of basic mathematics and critical thought makes it clear supervised consumption sites, naloxone supply and integrated response teams push deaths from today into future months and years, spreading the deaths over a longer period of time, thereby lowering the death toll for the current month but do not lower the total death toll.

While supervised consumption sites, naloxone and integrated response teams are not in and of themselves bad things they are harmful when they interfere with or prevent the taking of actions that would be effective in reducing deaths from toxic drugs.

The problem with the focus on being seen to take action is that a defined goal and an evaluation of the effectiveness of the actions in achieving the goal are not of any significance or importance. Thus the Rocking Chair Principle of politics: lots of action that goes nowhere.

The lack of an evaluation of the effectiveness of actions in achieving a goal promotes the waste of time and resources and repeating actions that fail to accomplish anything useful.

The failure of politicians, pundits, citizens and Media to grasp the need for clearly defined goals and the application of quality control to evaluate the effectiveness of services and programs in achieving those goals ensures that the death toll will continue, the challenges of addiction and homelessness will worsen and resources will be wasted in achieving nothing.