For the first time since the start of the pandemic in March of 2020 BC’s 87 MLAs gathered together in the BC legislature Monday October 4, 2021.

While the requirement that MLAs be fully vaccinated was new, the practice of non-government politicians playing political games to score political points with the voters and the government’s copious use of bullsh*t to deny responsibility and avoid the loss of political points during question period was business as usual. As evidenced by the issue of toxic drug deaths. 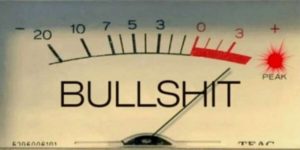 Strip away the ass-covering bullsh*t and the bottom line is that people continue to die at the damning rate they have been for over five years because  government and citizens continue to choose not to act to end deaths from toxic drugs.

Strip away the bullsh*t and stating that we have not acted in a manner that effectively reduces deaths resulting from toxic drugs because of ‘this’ or ‘that’ is to state that we place more value on ‘this’ or ‘that’ than we do on the individuals and lives being lost.

In other words, if saving the lives being lost to toxic drugs is the priority – as opposed to politically correct rhetoric – then you do what is necessary to save those lives. No ifs, ands or buts.

The only effective way to stop people dying from toxic drugs is to ensure that they have access to non-toxic drugs.

Bullsh*t Premier Horgan: the ‘opioid crisis’ [aka toxic drug deaths] preceded the COVID-19 pandemic by years. In fact the willingness of the government to ban activities, mandate masks and social distancing and other unwanted/unpopular restrictions to deal COVID-19, and the public in accepting the government’s actions, stands in stark contrast to 5+ years of failing to act effectively to end deaths from toxic drugs.

‘[Premier John] Horgan ……. noted it is the federal government’s responsibility to regulate drugs in Canada.’

Ironically, the City of Abbotsford recently met with organizations that provide services to the homeless because the City planned to remove the homeless and their tents from the small green space at corner of South Fraser Way and Clearbrook Road because, for decades, the City of Abbotsford has used service providers to deny and avoid responsibility for the consequences of the City’s actions – and inactions.

I don’t dispute that regulating drugs in Canada is the responsibility of the Federal government.

But who is responsible for regulating drugs is not the crucial question with respect to toxic drug deaths.

The crucial question is what value we place on human life as the bottom line, not as a matter of how we want to see ourselves or to been seen by others.

“I always knew a good man should do no bad deeds, but it never occurred to me that a good man must do good deeds. He cannot just sit back and do nothing. He cannot just relax and let things happen around him. He must act or his faith is meaningless, mere words or thoughts.” Aleksandra Layland

My mother, more than once, asked “So, if everyone was jumping off a bridge you would jump off as well?” How everyone else is acting does not excuse or justify how you act.

It is unethical to allow Canadians to die from toxic drugs when these deaths can be prevented which makes the legality or illegality [or the legal consequences] of preventing these deaths irrelevant to an ethical person [or government].

If it is in fact ethical, BC must take the actions necessary to ensure access to a non-toxic drug supply for all people at risk of dying from toxic drugs.