Moral is concerned with the principles of right conduct and/or the distinction between right and wrong so there is not one great clear moral truth. Because there is no ONE great moral truth and human beings are involved two [or more] persons can be behaving in a manner they consider to be moral and yet oppose each other.

The failure to recognize that ‘moral’ is neither simple nor straightforward gives rise to conflict and failure to understand and is why the flood of letters lamenting the legalization of cannabis brings forth a tsunami of hypocrisy.

The letter writers say that cannabis should not be legal because cannabis use is harmful.

If being harmful is the standard the letter writers use to determine whether a drug should be legal or illegal then should not the priority for the letter writers be to ensure that the drug that both research and experience show to be the drug that inflicts the most harm to individuals, those around those individuals and to society is illegal? A drug that is more harmful than heroin, a drug that does more harm than the harm done by illegal drugs in total?

It was the harm done to individuals, those around those individuals and to society that gave birth to prohibition movements and saw the US movement bring about prohibition in the USA in 1920.

Anyone with integrity who believes that the harm a drug does determines whether a drug should be legal or illegal, that advocates cannabis remain illegal because it is a harmful drug, would be demanding and fighting for the far more harmful drug alcohol to be made illegal..

It is hypocrisy to state cannabis should not be legalized because those using the drug nicotine [tobacco] only pay 30% of the health care costs resulting from their drug use [setting aside the lack of logic in this line of argument} and not be demanding and fighting for smoking tobacco products to be illegal. Especially when research and experience show the harm done by the drug nicotine to individuals, those around the individual;s and to society is higher than that done by cannabis.

If you use harm done by a drug to determine whether a drug should be legal or illegal, for a person of integrity making alcohol and then nicotine illegal would be a far higher priority that keeping cannabis illegal.

An overwhelming percentage of those who speak of the need for a moral compass, ethics and integrity are unwilling to do what is necessary to live their ethics with integrity because it requires commitment, sustained effort, thoughtfulness, questioning and looking past you illusions to see yourself clearly. Living your ethics with integrity requires making a daily commitment do do the hard work.

Which is why many speak of having a moral compass, ethics and integrity but prefer the comfort and ease of hypocrisy, willful denial and inconsistency.

Speaking of the reality of the way people/society behaves will not win you any friends because facing and addressing the difference between what people say, what people mean and what people’s actions and behaviours say and/or show makes people extremely uncomfortable.

Shooting the messenger is an old well established practice allows allows the message to be dismissed and ignored, requires no effort, discomfort, thinking, self examination or change. 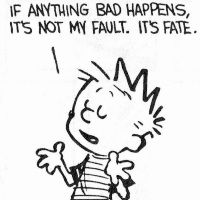 It allows people to avoid accepting responsibility for the consequences of their actions and behaviours and to continue to blame ‘them’ [politicians, addicts, immigrants and on and on]  when the fault lies not with them or in their stars but in their behaviour.