I always wanted to be somebody, but now I realize I should have been more specific. Lily Tomlin

While the actions and behaviours of BC Housing in doing a lot of ‘something’ meet the demand of the public to ‘do something’ about homelessness,  that ‘something’ is totally ineffective in addressing homelessness and its related issues. Like a rocking chair, there is lots of motion and effort to go nowhere.

In fact, coming up with actions more pointless than BC Housing’s system that repeatedly places people into housing they fall out of within a few months and/or sends people through treatment with them returning to their addiction a few months after finishing treatment would be most difficult.

The ‘something’ BC Housing has done is create a BC Homeless Recycling System/Network; a perpetual motion system that endlessly funds organizations delivering services to the homeless and provide expanding long term employment in the homeless services sector.

This ineffectual, incessant recycling of the homeless makes it clear that the public should have been more specific, specifying that any ‘something’ BC Housing did about the homeless be effective.

The ongoing failure of BC Housing to change their actions and behaviours when the data clearly shows the homeless are being repeatedly recycled through the system, not into and out of the system, raises the question of whether BC Housing has the capacity to effectively enable the homeless to achieve stability in housing and sobriety.

The recent actions of BC Housing vis-à-vis the Centre of Hope in Abbotsford demonstrates an absence of critical thinking [disciplined thinking that is clear, rational, open-minded, and informed by evidence], quality control [verifying and maintaining a desired result with corrective action as required to achieve the desired result], coherent goals and planning.

Expanding the shelter from 25 to 35 beds shows not just a lack of thought or awareness by BC Housing but an indifference toward the welfare of Abbotsford’s homeless.

The extra 10 beds will not be any more effective in dealing with homelessness than the current 25 beds and so will simply serve to increase the number of homeless recycled at the Centre of Hope. 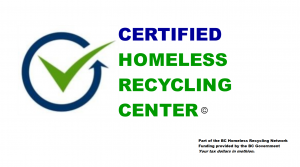 BC Housing’s  invincible ignorance [insisting on one’s position in the face of facts that contradict one’s position] about the effect of BC Housing’s actions and behaviours have on homelessness does not in any manner change the fact that years of outcomes experienced clearly demonstrate that shelter beds simply recycle the homeless from homelessness through the system and back to homelessness,

The change will have significant consequences for the extreme weather protocols that were put in place to prevent lives being lost during periods of winter weather that threatens the lives of people lacking adequate protection from the weather.

The profound effect of the change on extreme weather services and the fact that the change took place on September 1, 2019 without prior announcement leaves little time  before the winter of 2019/20 arrives for those caring and concerned about Abbotsford’s homeless.

Scrambling to prevent any loss of lives to extreme winter weather as a result of BC Housing’s failure to address the effects that the change made will have on service delivery of extreme weather protocols in Abbotsford.

This situation highlights the need for change in how homelessness is addressed and makes it clear that the first step to effectively dealing with homelessness in BC is applying the principles of quality control to BC Housing’s homeless programs by having the BC Auditor General evaluate the goals and effectiveness of those programs to determine taxpayers bang for their bucks..